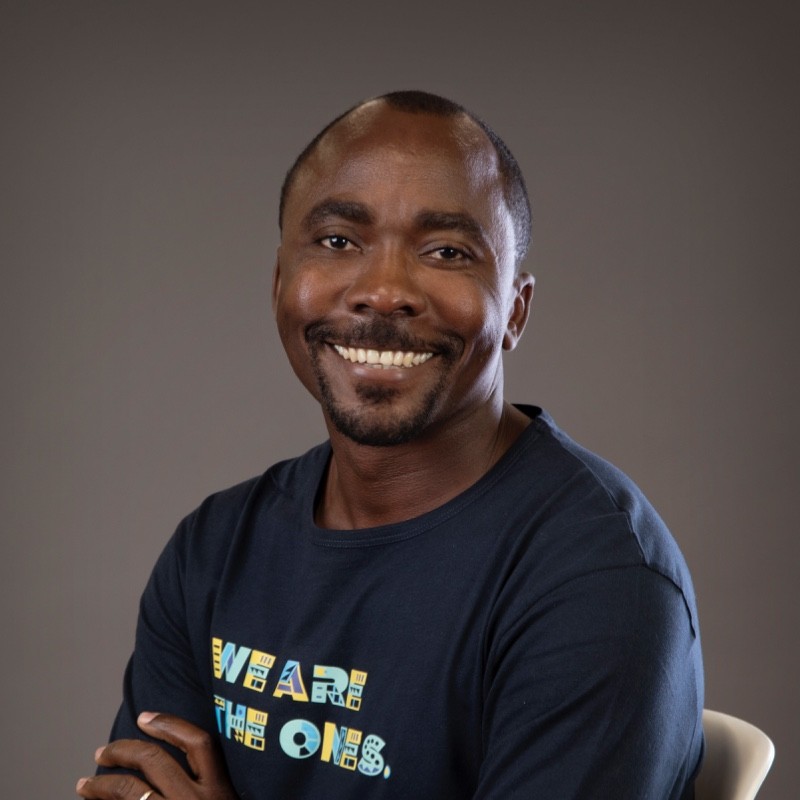 Innocent Magambi was born in a small refugee settlement in DR Congo in 1979. His parents had fled the tribal conflict in Burundi seven years earlier. The war broke out in DR Congo when Innocent was a teenager, forcing him to flee. Innocent in turn became a refugee: over the next decade he lived in numerous camps across Eastern and Southern Africa.

At age 26, a church in Malawi’s capital city offered Innocent a scholarship to study theology. For the first time in his life, Innocent was able to live outside the confines of a refugee camp. He subsequently went on to found “There is Hope”, a Christian non-profit that provides opportunities for refugees and their host community to grow in their capacity to live with dignity, providing for their families and making a positive contribution to society. Innocent is married to Florisa, who is Italian.

Together they live and work in Lilongwe, Malawi, where they raise their three boys.